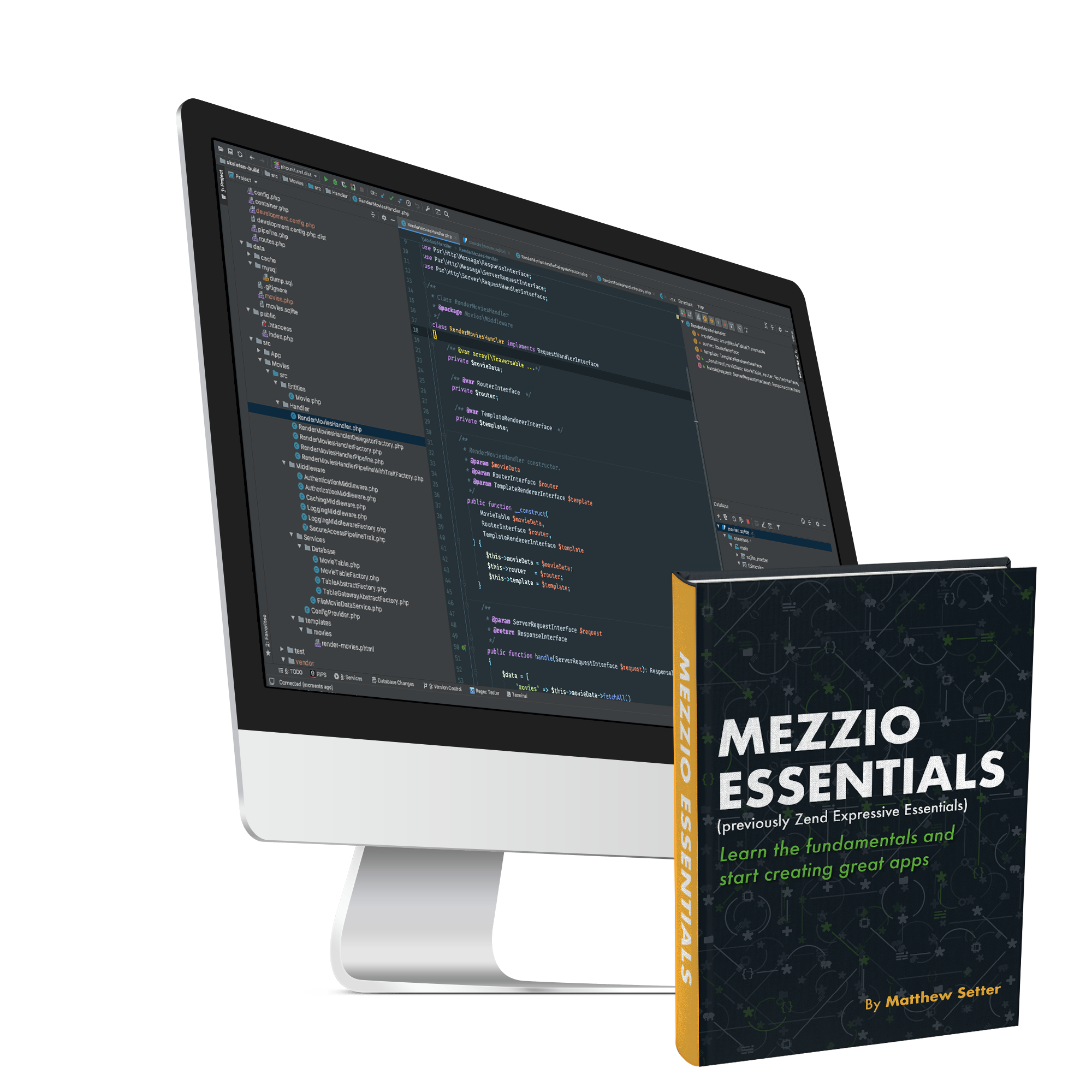 “Mezzio Essentials” is a book and video course that teaches the fundamentals that let you begin building applications — right away. It’s a practical, hands-on approach, which shows you just enough of how Expressive is put together and how to use it, while not getting lost in things that aren’t necessary.

What Is A Micro-Framework

First, you’ll find out what a micro-framework is so that you’re in the right mindset.

Then, you’ll get a rapid overview of Mezzio, specifically it’s core concept: the forthcoming PSR-15 (or Middleware).

After that, you’ll learn about the four core components of Routing, Dependency Injection, Templating, and Error Handling. Some micro-frameworks don’t offer as much. But here, you’ll learn why Expressive strikes the right balance between too much and too little.

How To Create An Application Manually

How To Create An Application Using The Skeleton Installer

Now that you’ve built an Expressive application manually, I’ll show you how to save time and effort by using the Skeleton Installer and its tooling support. You’ll learn how to save time and effort by picking the options that are right for you, and having a core application generated for you, from tried and tested templates. You’ll then learn how it’s composed, and how it improves upon the one you created by hand.

How to Increase the power of an Application

With knowledge of how to build an application manually and with the skeleton installer, you’ll next learn about how to extend its power by adding support for databases. Mezzio starts off lean, but can be augmented rapidly, as your needs demand. So here, you’ll learn how to add more power when the time comes.

How to Build Powerful Middleware Pipelines

Finally, with all this knowledge at your disposal, I’ll finish up by teaching you how to compose powerful middleware pipelines, ones that suit exactly the situations that you need, dare I say perfectly! You’ll learn to create powerful, flexible, reusable, and maintainable pipelines that scale with you.

Create an Application by Hand