If you need to adjust the volume of a specific section of a track in Audacity, the most powerful and flexible way to do so is by using the Envelope Tool. In this post, I show you exactly how to do so.

If you need to adjust the volume of a specific section of a track in Audacity, the most powerful and flexible way to do so is by using the Envelope Tool. In this post, I show you exactly how to do so. 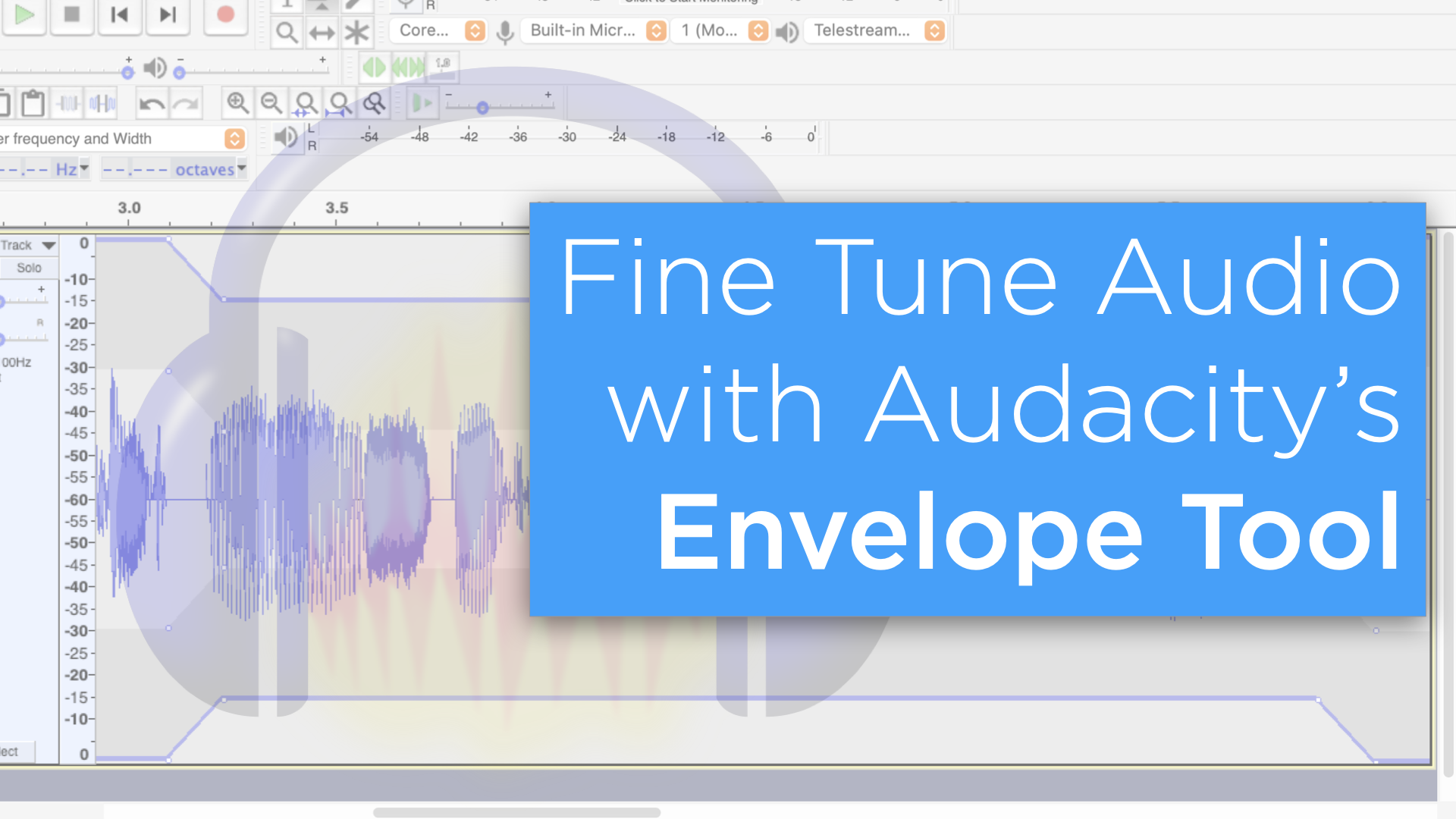 When you’re recording audio you’ve likely come across at least one section of it where the levels are either too quiet or too loud, in comparison to the rest.

This could be because you recorded that section at a different time from the others, with more enthusiasm, or you had your microphone in a different position than you normally do.

Regardless of what the reason is, you need to adjust the level of that one section, so that it’s in sync with the rest. Otherwise, it won’t sound properly professional.

So how do you fix it?

At first, it might seem a little overwhelming, but with a little bit of practice, as you’re going to get in this article, it’ll quickly become a go-to option, when editing audio.

How to Use the Envelope Tool?

The first thing to do is to select the section of the track that you want to adjust, as well as some of the surrounding track. That way, as you’re adjusting the amplitude using the Envelope Tool, you can check if you’ve adjusted it sufficiently.

This is shown by two things:

You use the purple bars to reduce amplitude, and the lighter gray section to increase amplitude.

You can see, in the image above, that the middle portion of the track is louder than the left and right portions of it. Here’s how to use the Envelope Tool to reduce the amplitude of that section, so that it’s, more or less, at the same amplitude as the rest of the track.

Start by clicking on the thin purple line to the left of the section that is too loud. This creates a control point, which appears as a white dot, which lets you change the track’s amplitude. Don’t create one right at the start of where you want to adjust. Allow a bit of space.

Then create another one, but this time, create it just before where you want to adjust the amplitude. Now, create two on the right-hand side. At this point, your track will look similar to the image below.

Why did I have you create two control points on either side, instead of just one? Because doing this, allows you to affect a discrete section, without affecting the area around it.

Here’s why I had you select a region of the track before we got started. Tap the space bar to play the selection, so that you can audibly confirm if you’ve adjusted the section enough.

If it’s not quite right yet, adjust it down further, and then play the selection again, to check. If it sounds right to you, you’re done.

How about making quieter audio louder?

To do that, we create control points as we just have, but this time we do so on the gray section of the Amplitude Envelope, instead of on the purple section.

When you’ve created them, drag the inner control points upward, testing by playing the selection, until you’re happy with the adjusted amplitude.

Depending on the length of your audio track and the changes that you want to make to it, by the end of an editing session you might have a large number of control points throughout your track.

Given that, at some point you might want to permanently apply the changes made to the track, so that the track’s easier to continue working with. To do that click Tracks  Mix  Mix and Render. This replaces the existing track with a new one, with the changes applied.

That’s how to use Audacity’s Envelope Tool to adjust the amplitude of a track, whether up or down. Sure, the tool’s a little fiddly, but it’s extremely flexible too.