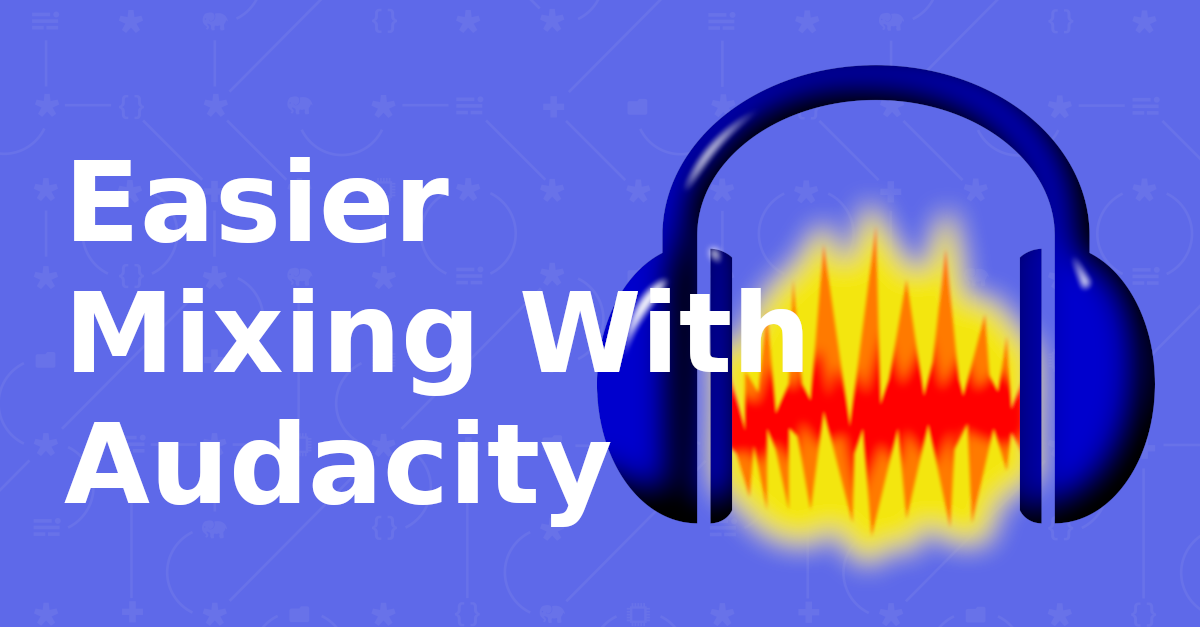 If you want a simpler way to mix a podcast with Audacity, here’s what I’ve learned lately.

For the longest time, I’ve created my podcast with Audacity. Sure, there are numerous choices available for Digital Audio Workstation (DAW) software, such as Adobe Audition. But I’ve been an open source advocate since about 1997, so I use open source software wherever I can.

In that time, I’ve found that Audacity has functionality for virtually all I need. What’s more, if the in-built functionality isn’t sufficient, then a plugin is often readily available. However, while I love it and have been a long-time user, that that doesn’t mean that I’m a power user

Though recently, I’ve determined to do better and dive deeper into its functionality to try and get the most out of it, if for no other reason than to cut down the time that I spend creating podcast episodes.

Editing My Podcast is a Bit of a Chore

If you’ve not listened to my podcast yet, every episode is, normally, a conversation with someone. Nothing too special. I don’t have numerous guests, numerous segments, or really anything that would be considered a fancy or sophisticated workflow. Each episode starts with an episode-specific introduction, followed by intro music, an advertisement for my latest book, the conversation itself, then a standard outro.

You might think that as it’s almost the same each and every time, that it wouldn’t take that long to create an episode. Well, for the most part, it doesn’t. But it seems to take longer than it should, and I want to get them completed quicker.

What is My Podcast Creation Process?

Here’s how I create an episode:

Overall, there isn’t that much that I do, but there are still number of steps involved.

It Could Be Lots Better?

Everything goes pretty well, until I get to the point of adding in the ad and outro. For them, I copy the tracks from a template file into Audacity, position them until they’re at just the right point, then adjust the gain so that the levels are just right.

This is more challenging than it might seem, because both the ad and outro are composed of a mono and stereo track. What’s more, I’m not always able to copy and paste both tracks simultaneously from the template file to my next episode.

Add to that the fact that, if there isn’t a free mono and stereo track in the episode file, Audacity won’t create one when I attempt to paste them in. So I have to click Track › Add New › Stereo and Track › Add New › Mono for both.

I think you can appreciate how the time starts to rapidly disappear after a while. So, to cut the time down, I looked at Audacity’s Track Mixing functionality and noticed that it can mix stereo tracks to mono and mix multiple tracks together into one track as well.

I started playing with it, thinking that it should be a simple enough process to mix the mono and stereo tracks for both the ad and outro together. However, it didn’t work out quite as expected. For some reason, I think because I had reduced the gain on both stereo tracks, the resultant new track was quieter than it had been before.

It Could Still Be Better

Now, by this point, I’ve made a lot of gains in time taken to edit the podcast. But it could still be better. After all, it makes little sense to import everything each time, then mix tracks down to a single track, and then move them around.

So, as you’re probably guessing, after mixing both tracks for each component into one track, I then exported them to separate WAV files (File › Export › Export as WAV), which I then import into future episodes. By doing this, I don’t need to mess around with creating new tracks, mixing stereo to mono, or copying and pasting anything.

I haven’t measured the time taken before and after to compare them, but I have a gut feel that the new way is notably quicker than it was before. As a result, I can get episodes out quicker and get back to all the other things I need to do.

That’s a Few Ways to Edit Podcasts Quicker With Audacity

Yes, it’s only the first, hopefully of many, step along the way to creating podcast episodes more efficiently (with Audacity), but it’s an important one. I don’t know who said it, but the journey of a thousand miles begins with one step. This was mine.

All I need to do now is cut down the time required to create episode artwork, upload the episode to Transistor.fm, add all of the show notes and other information, and publish the episode. I have ideas in mind that I’m already working on, but, "one step at a time", as my father always told me. 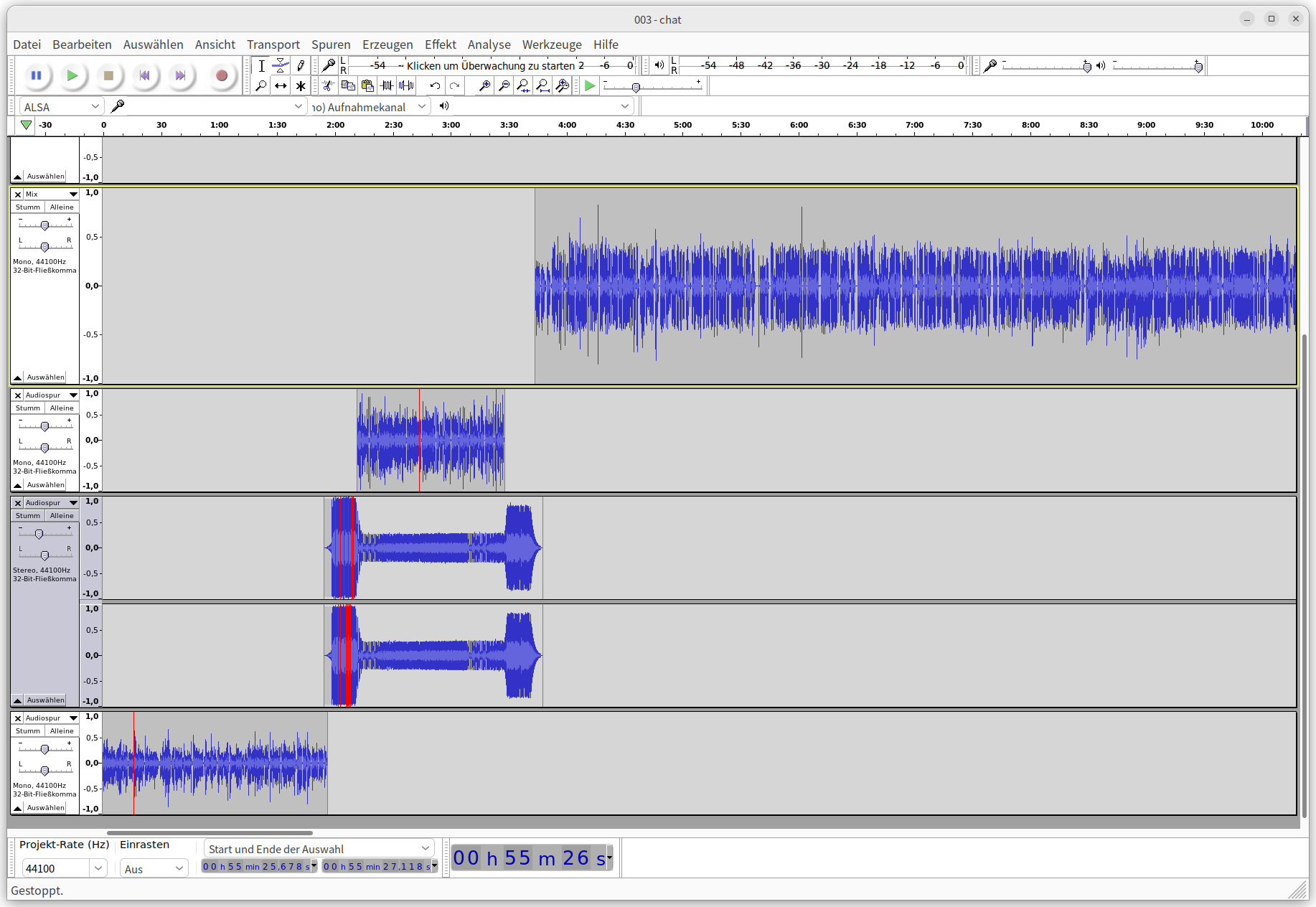